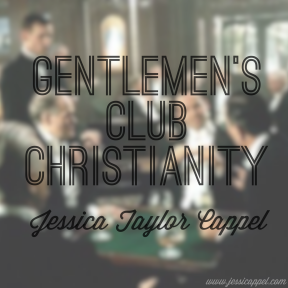 decade or so is that of being more relevant to the ones we are trying to reach. While there were some awesome methods we as a church embraced and utilized to freshen our appearance and approach, there are a lot of misplaced priorities and a loss of true purpose in the heart of the western church.

I do believe in some cases the church had gotten to a place of not realizing the importance of appearance and doing things with excellence in reaching people and being “attractive” to newbies. That being said, unfortunately, as with most things, people took things to the extreme. In conjunction with efforts to be more relevant, we
also had the Grace move gaining momentum. The importance of biblical grace and a realignment of understanding its purpose in the Gospel was greatly needed, but like with other things this got out of balance and, as we said before, people took things to the extreme. For a moment lets discuss the later. In the grace movement we’ve seen the last decade, we’ve seen a greater focus of grace, the love of God, and righteousness. Something I believe was needed because people had become so consumed with “works” and making sure they had the right “confession” ritual. What happened is that faith had been relegated to a ritual and lacked relationship and
understanding of God’s grace.

“For it is by free grace (God’s unmerited favor) that you are saved ([a]delivered from judgment and made partakers of Christ’s salvation) through [your] faith. And this [salvation] is not of yourselves [of your own doing, it came not through your own striving], but it is the gift of God; Not because of works [not the fulfillment of the Law’s demands], lest any man should boast. [It is not the result of what anyone can possibly do, so no one can pride himself in it or take glory to himself.]”

However, in gaining understanding on the grace of God, people moved out of line with the biblical grace of God and went from the extreme of “works” to the other ditch of “no responsibility.” The church was quick to label any teaching on holy living and morality as “works” and “old covenant” and not for us today. We became a church of lawlessness and lascivious living.

“For certain men have crept in stealthily [[c]gaining entrance secretly by a side door]. Their doom was predicted long ago, ungodly (impious, profane) persons who pervert the grace (the spiritual blessing and favor) of our God into lawlessness and wantonness and immorality, and disown and deny our sole Master and Lord, Jesus Christ (the Messiah, the Anointed One).”

We became a church that was free, but TOO free in most cases. A church that lacked any resemblance to biblical christianity whatsoever in their actions and lifestyle. With this “move” we find a larger focus on being relevant, and in that we find the major error I
want to focus on today.

In all our efforts to be more palatable to the world and the lost, to “undo” the stereotype the world has of christians being “judgmental, holy-rollers” we have lost something important, we’ve lost what it means to BE a christian. We adopted methods that in most cases are fine and not “sinful” but in other instances we’ve embraced the lifestyle of the world. Growing up, especially in the “bible belt” of the US it was unheard of for
protestant christians, ESPECIALLY ministers to be consuming alcohol, smoking, accepting sexual perversion as “ok,” and so forth. I now find myself in what’s seemingly becoming a minority. I am watching people all around me turn to this modern adaptation of christianity. In many cases, it has ceased to shock me now when I hear how far “even the most elect” have fallen. Have I become uncaring? NO, far from it. My heart breaks as I see one person after another deceived and falling prey to this new mantra of the modern church. And because I care and because of my compassion for people, I’ve had a refreshed boldness to speak up and speak out against error that could lead others astray!

In efforts to be more relevant, the church has become more and more of a cultural center or social club, rather than what it should be. In recent years I’ve heard of what growing up would have been unheard of now becoming commonplace and methods of being culturally relevant. Churches hosting Poker & Stogies Nights for Men’s Fellowship, Bible Study and Beer nights, and pastors and ministers having fully stocked bars in their homes offering young bible school students a beer for helping them out with an errand. We have a culture today where pastors and ministers are no different than those you’d find at a cigar bar with their favorite liquor on the rocks and a cigar in hand. And this is troublesome. This is disturbing. Hearing these stories, knowing people personally who have slipped down this slope, and seeing this being praised and promoted by some leading christian blogs and magazines, bothers me. It grieves my heart. Where have we as a church gone wrong? What have we done that has opened the door to such lifestyle shifts?

The true issue here, is not fully the fault of any one person, but rather a degradation in society as a whole that has infiltrated the church slowly, so slowly that its gone unnoticed. In Jude it speaks of, “For certain men have crept in stealthily [gaining entrance secretly by a side door]. Their doom was predicted long ago, ungodly (impious, profane) persons who pervert the grace (the spiritual blessing and favor) of our God into lawlessness and wantonness and immorality, and disown and deny our sole Master and Lord, Jesus Christ (the Messiah, the Anointed One).” What we are seeing today is exactly as that verse describes. About seven years ago, I remember really starting to notice the errant teaching on the Grace of God. Some of what was being taught was good, biblical and eye opening to some things we, as a church, had forgotten… yet, there was another part of the teaching that just bothered me. I couldn’t put my finger on it at first, but I just knew something wasn’t right and as I began searching and seeking God on the matter I opened my bible and I was at the beginning of Jude. Before that moment, I couldn’t tell you the last time I read Jude, but I read it and WOW! It was the word I needed for the answers I was seeking. God tells us to “ask and it will be given to you, seek and you will find” and when you are searching for answers to any of life’s questions you may have, ASK Him and I can assure you, He will answer! So, that’s what I did. And I found this passage of scripture that undid every errant teaching on God’s Grace I was hearing propagated. The sad thing was, I saw the path that people were starting to slide down and they didn’t. Because some preacher told them that anyone who taught “morality” or “holy living” was teaching works-based theology. It was sad to watch people fall away from God and what they are called to do, because errant teaching allowed sin to reign and rule in there lives. The church has got to rise up! We have a job to do before everyone follows this course!

What I am seeing in churches is that it is time to teach, proclaim, and preach the truth of the Gospel message. So what if people hate or despise you? They crucified Jesus, stoned Paul, boiled John in oil for it and they will hate and persecute you for it, but it is worth it for even one life that comes to the fulness of understanding the truth of who God is and what He’s called us to. Pastors, if the whole congregation except for one family gets up and walks out because you were faithful to stand on and preach the Word and not compromise it, then you hold your heads up high and keep on doing the work God called you to! We need more like you and you keep standing firm and strong because you will reap in due season if you faint not! There’s a time coming when people will seek out those who preach the truth, because they will grow weary of this pseudo-christianity many are clinging to. they will find themselves longing for what it real and true and they will need you! You’ve stayed the course and don’t you dare back down now! To the believers out there, pray for God to move o the hearts of people, to bring them back to what is true and a solid foundation before it is to late, love them, and lift up pastors and churches who are declaring the truth! They need your prayers more than you could ever realize! It is time for the church to arise! It is time for the church to say, “enough is enough and we will no longer bow to the flesh or the dictates of this world, but we will proclaim the truth in its entirety and show forth the love of God and demonstration of the spirit in a way which the world has never seen before!”

“And I’m going to keep that celebration going because I know how it’s going to turn out. Through your faithful prayers and the generous response of the Spirit of Jesus Christ, everything he wants to do in and through me will be done. I can hardly wait to continue on my course. I don’t expect to be embarrassed in the least. On the contrary, everything happening to me in this jail only serves to make Christ more accurately known, regardless of whether I live or die. They didn’t shut me up; they gave me a pulpit! Alive, I’m Christ’s messenger; dead, I’m his bounty. Life versus even more life! I can’t lose.”

Today is the day! Will you join me? Will you stand with me?

Today is the day for the Church to Arise!